My brainchild created with acrylic 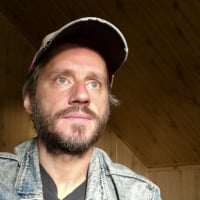 Kit -
July 26 in Post Your Paintings
Dear friends, I want to share my work with you. This is an absolute fantasy, probably having its roots deep inside me. I will be glad to discuss it with you and answer your questions . If you do not have the words, I will also be grateful to you. Thank you.