Sketch of friends (failed to do oil) 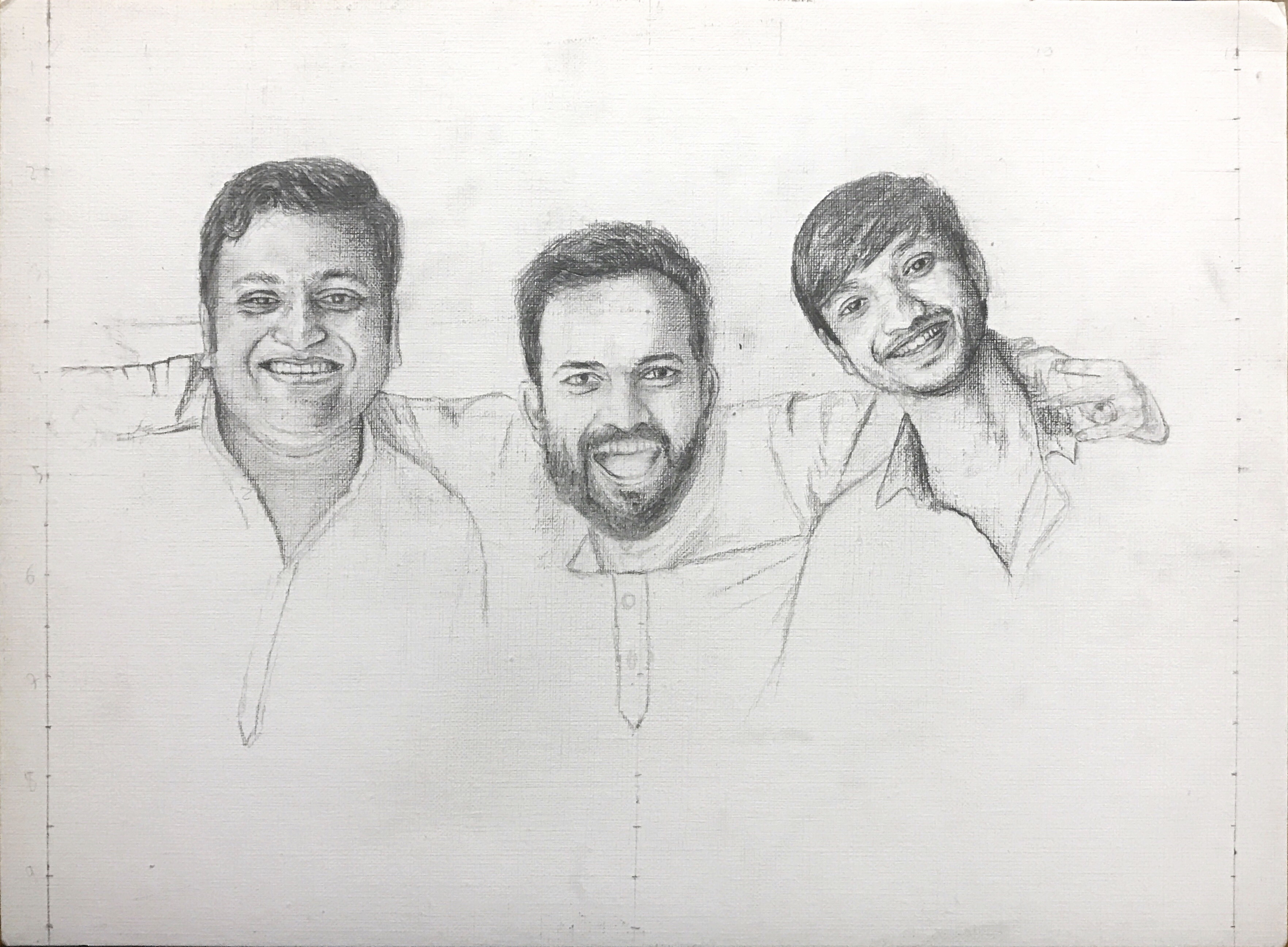 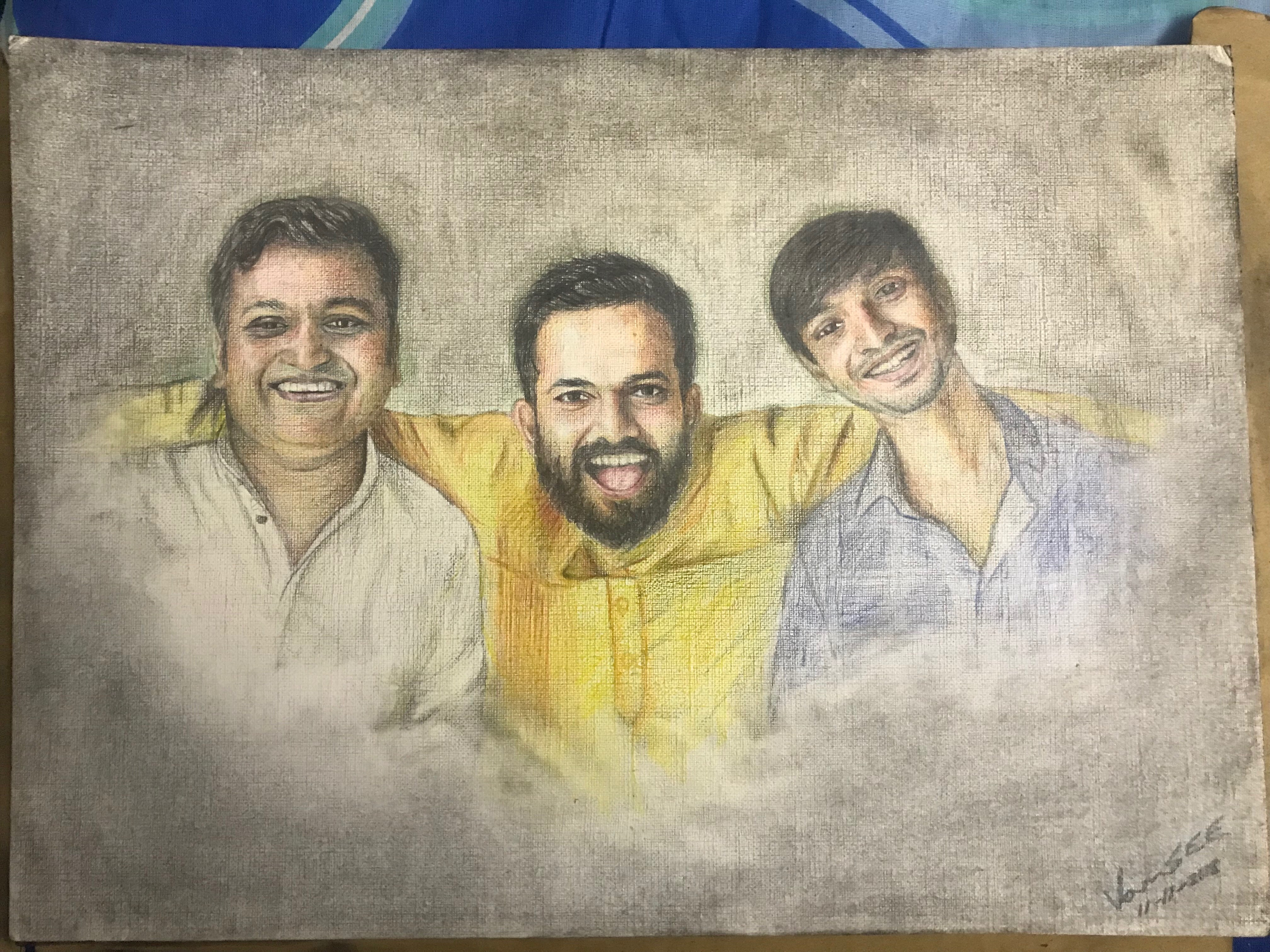 wanted to do oil painting, its a canvas paper A4 sized med grain.
did not choose subject wisely, so ended up doing a pencil sketch, followed by
First mistake : not enough draw room to draw 3 people
which lead to the failure/ fear of attempting to do an oil painting , as it became too much detail in a small area.
but was desperate to get it colored, so chose color pencils to do the job.

second mistake, tried using charcoal for BG, not only did it not stick properly to the paper, but the black somehow screwed the overall look of the picture. tried to erase it, but then it did not go away completely.
Noob stuff 😁 still learning.

Thanks for reading through my rambling.