I've seen art theft depicted in movies, and I've always thought that the methods I saw would destroy a painting at the first touch.  I've seen canvases cut out of frames then rolled up into a tube.  I've seen (Thomas Crown Affair) a painting put in a briefcase and then folded in half.

While procrastinating, I cleared out some old canvas paintings, practice junk from the beginning of time (February last year).  I had a 16" x 12" painting, which was a cheap canvas, with acrylic then three attempts at painting a sky in oil over that, with a lot of liquin thrown in.  It's been "drying" for over a year.

Can I cut out a painting quickly?
I've seen scenes where a big knife was pulled out, and the canvas just cut right out of the frame, in seconds.

Yes.  It took me about 20 seconds with a sharp knife to make a nice cut all round a frame and just lift off the painting.  I didn't try to cut around the staples, just straight line cuts.

Can you roll up a painting, and not damage it too much?
Yes.  I rolled it into a 1" diameter tube, paint side inwards.  Left it there for a few minutes and unrolled it.  I wasn't flat afterwards, but it appears to have no effect on the painting.

How about the other way?
I rolled it into a 1" diameter tube, paint side outwards.  No effect.

What if I fold it?
I folded it, paint-side outwards, and I heard it crack.  I tried again, same results.  The fold is visible, but when flattened, you can't see anything.  It's damaged, but you can't see it. 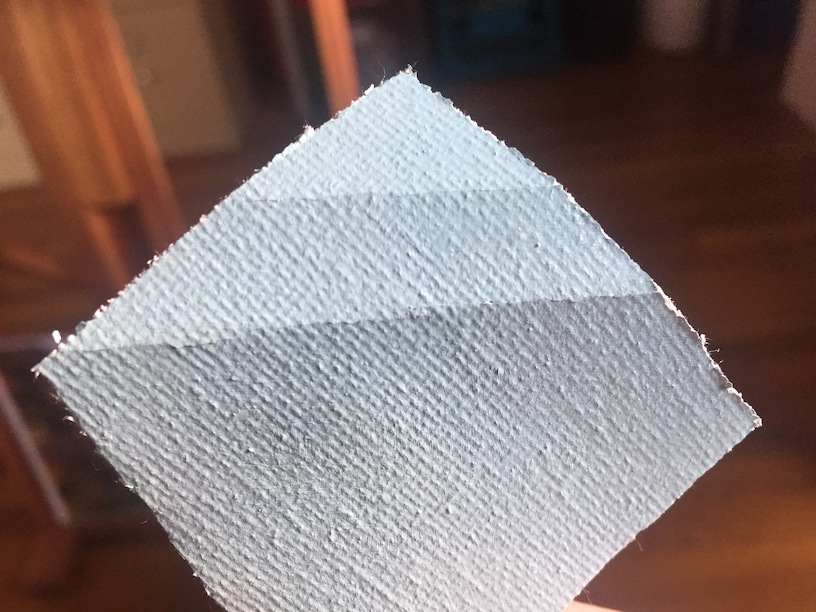 The other way?
Visible folds, but when flattened, nothing again. 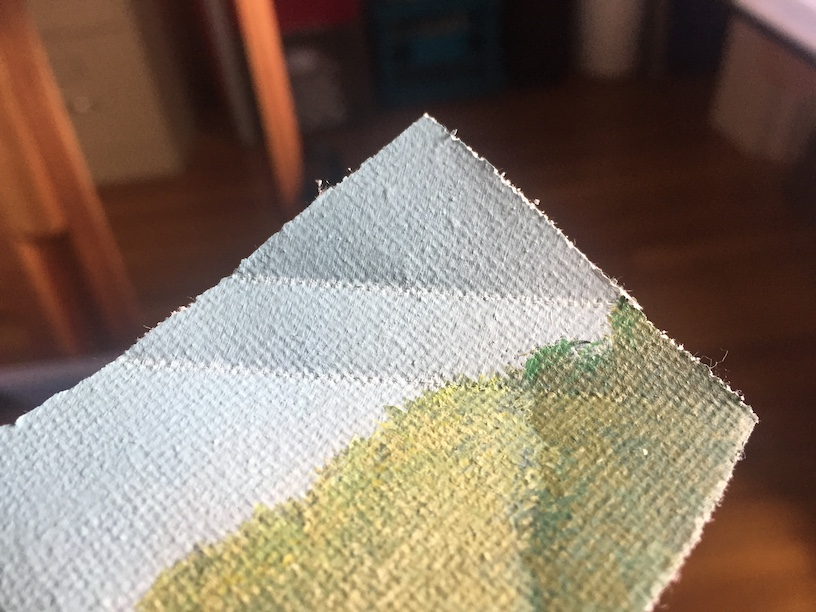 How bad can I make it?
Scrunching the whole painting into the size of a tennis ball finally did it some serious damage.  Plenty of cracking visible, and some flakes came off.  If there were Cadmium paint in there, I suppose this would create a hazard. 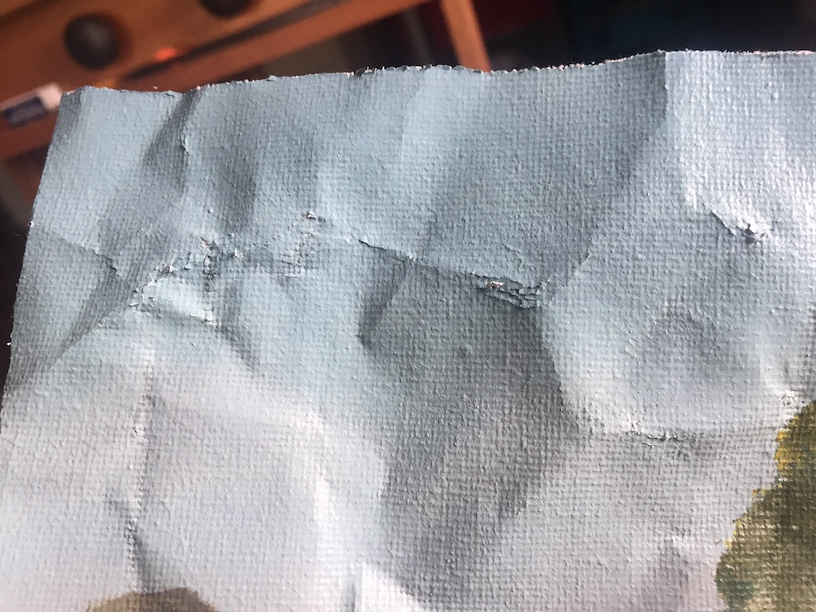 While I'm sure some old masters could be damaged by a light breeze, these paintings in front of me are surprisingly resilient.  Fun over, back to work.