Your Experience with Brushes?

PaulB ☆ mod
March 2018 edited March 2018 in Studio & Supplies
At @Boudicca's suggestion, this is lifted out of another thread, to create a separate discussion about experience with brushes.  Blame her.

I like rigger brushes, but I don't like real bristles, and I will only buy synthetics.  That said, I did inadvertently buy real fibres in the past, and have used a sable blend for a year now.  I love it, but that's not good enough.  Which synthetic will I use?

I bought three synthetic fibre rigger brushes, all Rosemary & Co, all size 0, to see which one will be my new favorite.  Here they are: 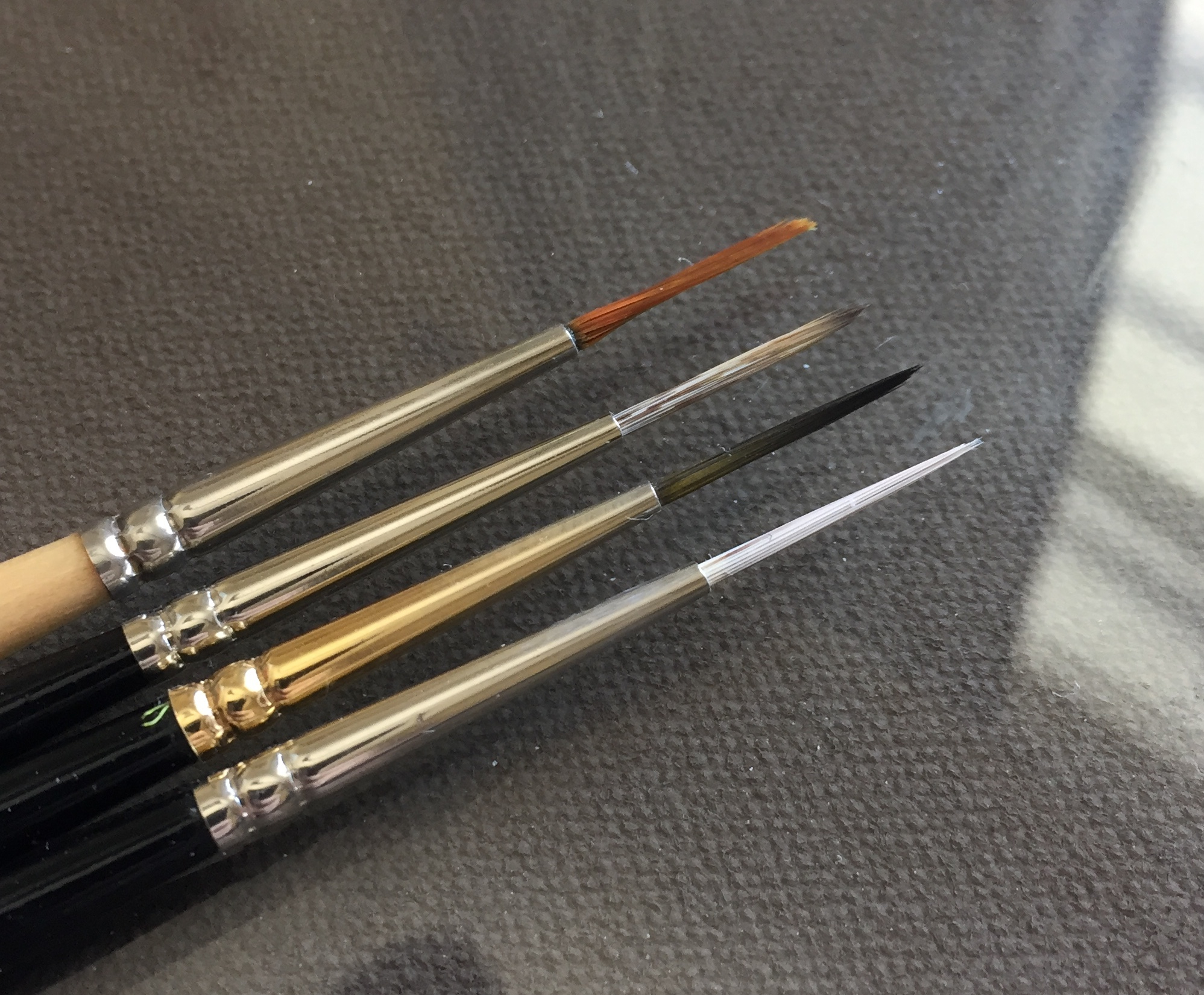 From top to bottom:

This is my old faithful, still performing well after more than a year of use.  The initial use was hard on the brush, and it lost a lot of bristles early on, but has now stabilized.  For the first few months, it got washed in turpentine several times a day.   Now it just gets brush dip and a wipe.  The brush dip gradually restored its shape.  If currently is a bit ragged at the tip, probably a sign of age, but the overall softness is great for blending or getting an even, thin layer of paint.  The brush is soft enough to allow me to mix paint.  This one is the benchmark against which I will judge the others.

This is a synthetic mongoose, which looks like a blend of different bristles.  It's very soft, although there are some stiffer bristles in there.  The result is quite pleasing, and the closest in feel to the Sable blend.  I thought after using this one that it would be my preferred brush because of how close it is to the Sable blend.  Nope.

The ivory has the stiffest bristles, which are great for putting paint into a tight spot, and having the brush retain its shape, but it's too stiff to use for mixing paint.  This one flicks paint also.  It is a bit too close to actually being a stick.  Ivory bristles are incompatible with Gamsol, which is something I read ... somewhere.


There is one more synthetic I have not tried, which is Shiraz.  I must have missed that one, but it's on order now.  I find it interesting that even among rigger brushes, the different fibres make the behavior quite different.