Mark the flower man. Could this photo make an ok portrait?

tassieguy -
July 2017 edited July 2017 in Photography & Printmaking
This is a Thai friend who uses part of our land to grow flowers which he sells at the markets in town. I thought I might surround him with his wares but he just got back from a month in Thailand so had nothing fresh when I took the photo today. But I could just add the flowers around him later when he goes to cut some and in the meantime start on the portrait.

Does the photo need to be cropped or is it ok as is? Do you think the colour scheme works? (Imagine lots of green foliage around him with a few discrete flowers mixed in.)

I've never done a portrait and I have heaps of questions re technique but they will probably be answered in Mark's portrait video which I've bought and will now watch. For the  moment I just want to know if folks think the basic idea and photo are ok and, if not, how I could make improvements to it. Because it's my first portrait I want to keep things as simple as possible.

Thanks for any advice you can give. 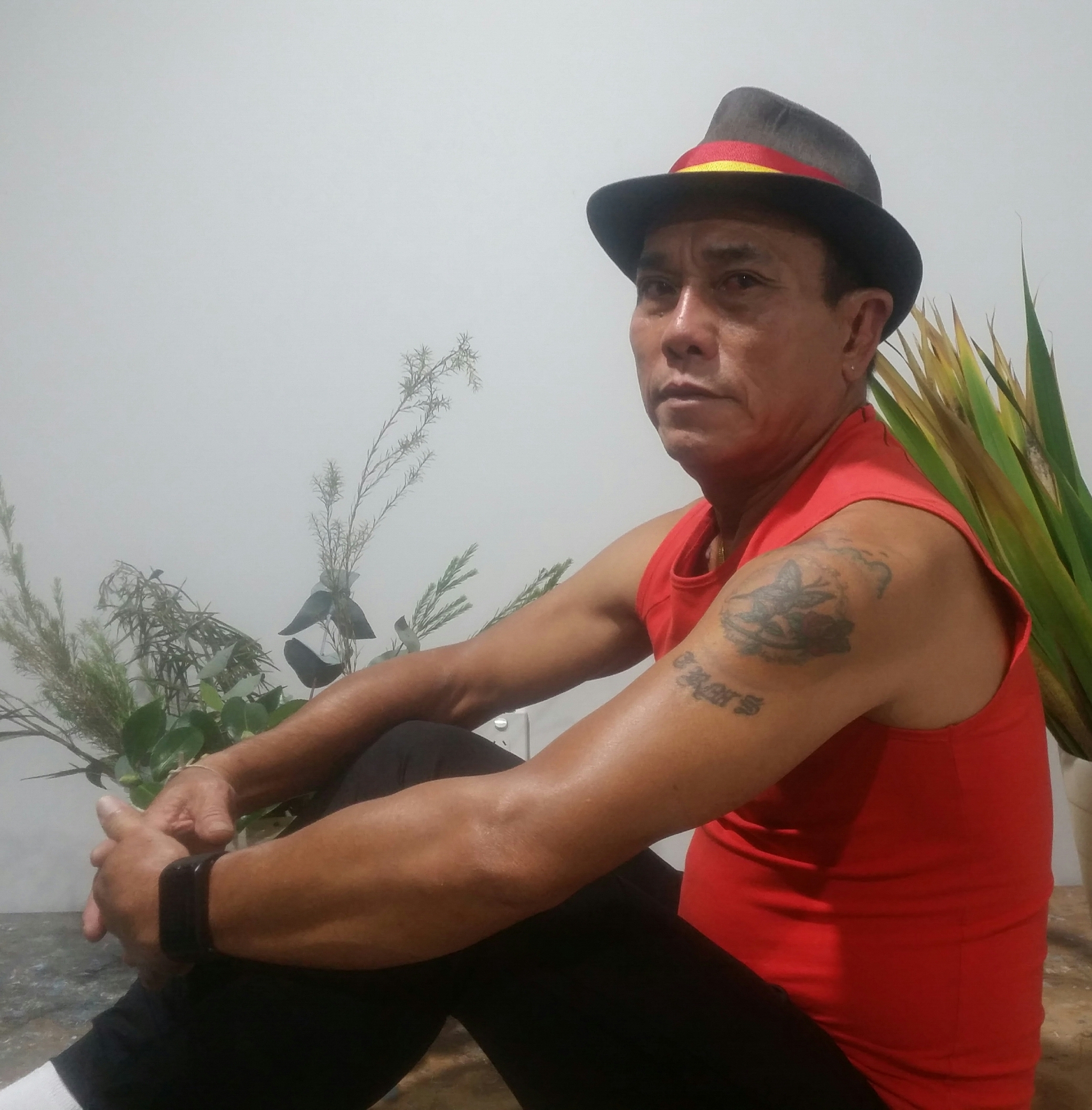