sue_deutscher -
March 2013 edited March 2013 in Post Your Paintings
Been in a slump so went back to painting animals. I went to the Denver Museum and photographed dioramas. Is that wrong? Anyways... any comments welcome and thank you for taking a gander. 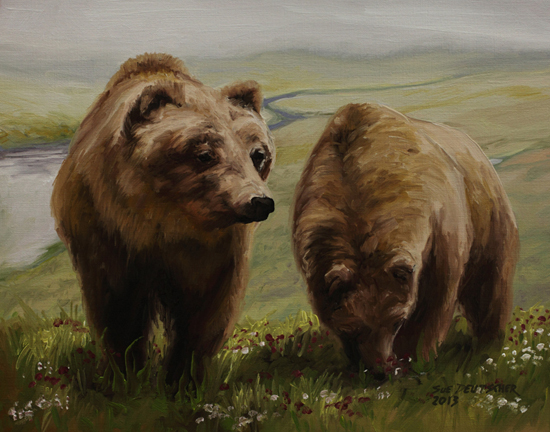