Actions, basically Ba'al and Perun have been arguing, Yuanshi Tanzun is annoyed by it, Dagda is looking over the first earth that the gods created and Olorun has been left alone to create another universe. Multiverse theory is a bitch!

I'm still drawing a blank on what to do with some of the negative space, maybe add more sky fathers. Also trying to find Carthaginian fashion for Ba'al Hammon is annoying. 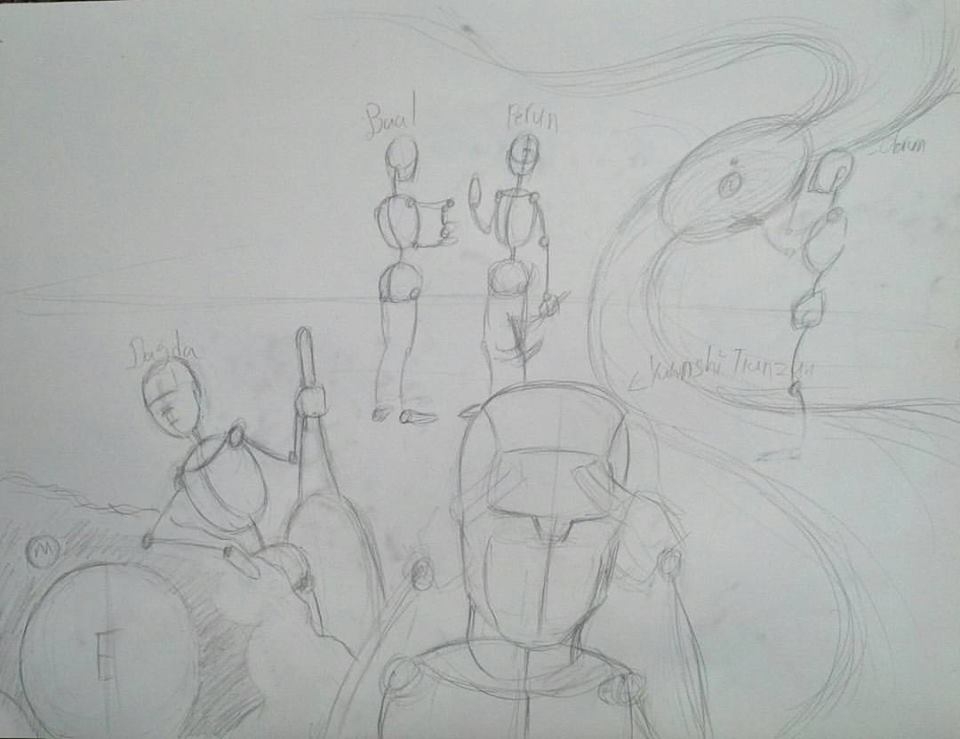 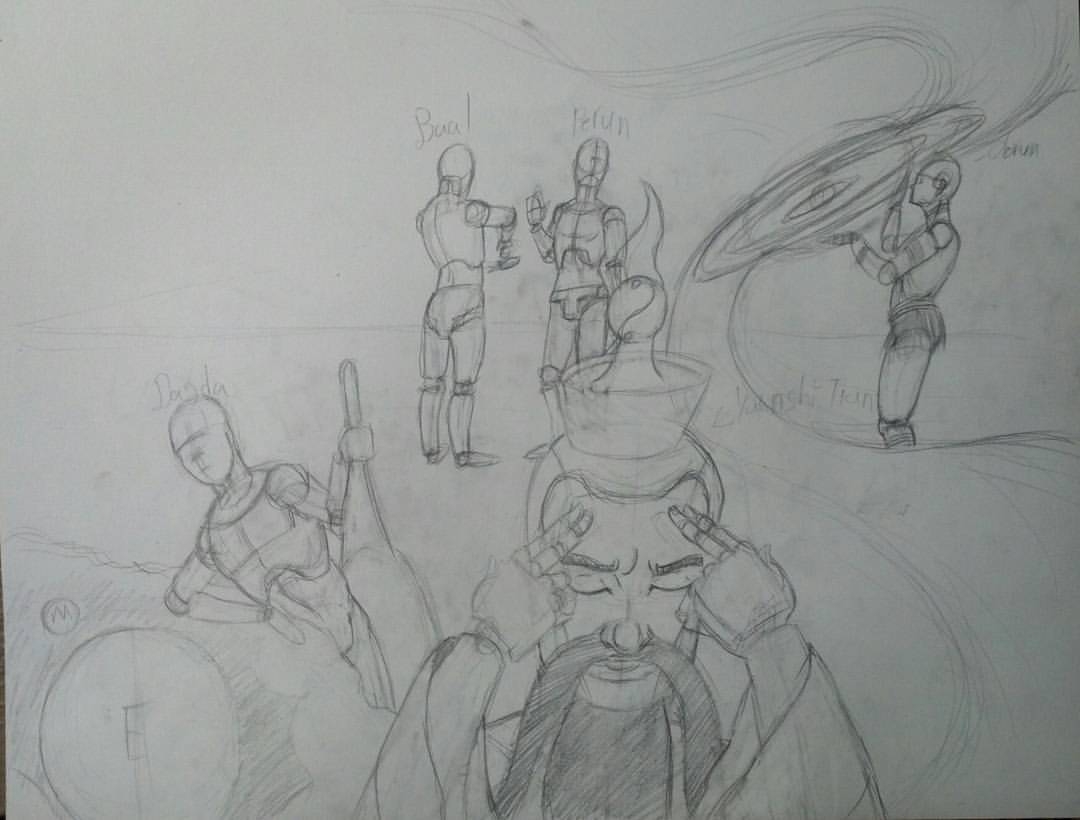 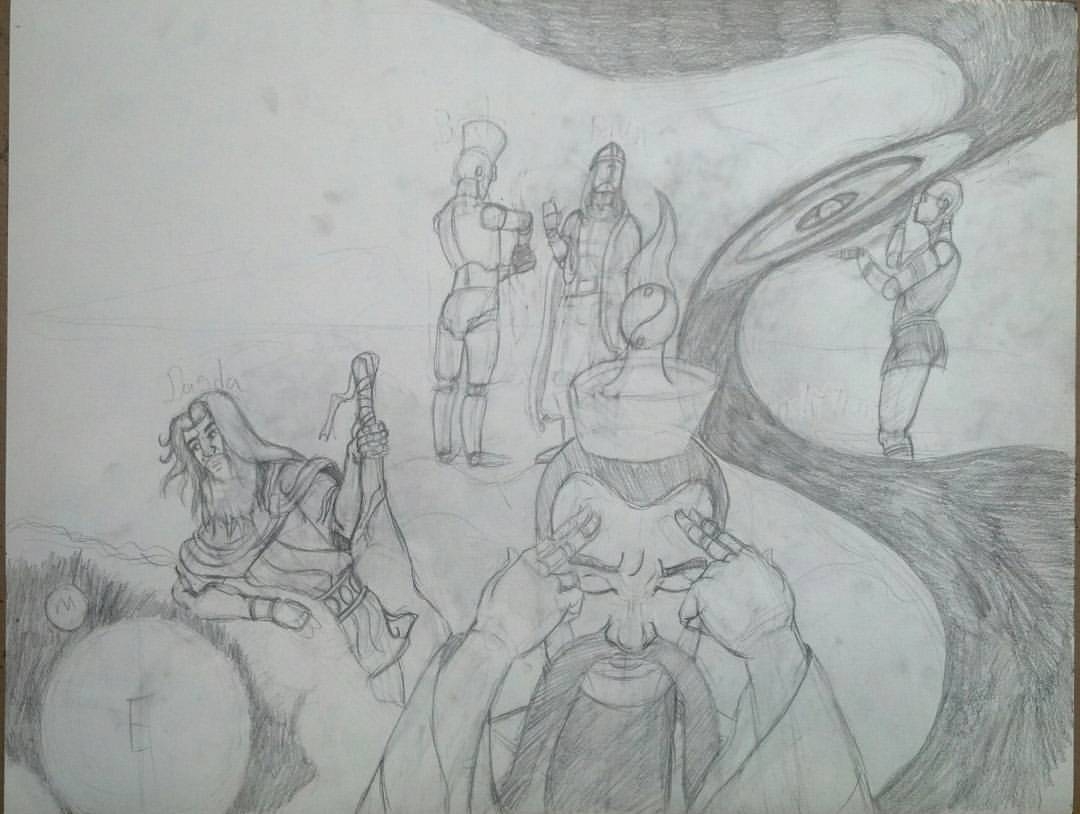 Some people played Pokemon because they liked the game, others because they felt it was the only friend they had growing up.

OK let me point out some inaccuracies, I was 7 when Pokemon came out. Unfortunately, I have no reference photos of myself from around that age, so baby shaman got elected for this
I feel the head is too big for the body

Now a little info, red version was the very first Pokémon game I had ever played and I was hooked. It didn't help that I was an antisocial child, but it also didn't help that almost no one even tried to speak to me to begin with. Bla, bla, bla sob story... but o could name all 151 Pokémon in order, knew all their stats, what could beat what, and that dragon types were the truth

This continued to be true as I attained blue, yellow, trading card, silver, and crystal version of Pokemon and stadium... forgot about snap. I forgot how I got out of it I'm pretty sure Yugioh had something to do with it though

Don't ask my ish about anything beyond gen 2 or Pokemon GO... just no 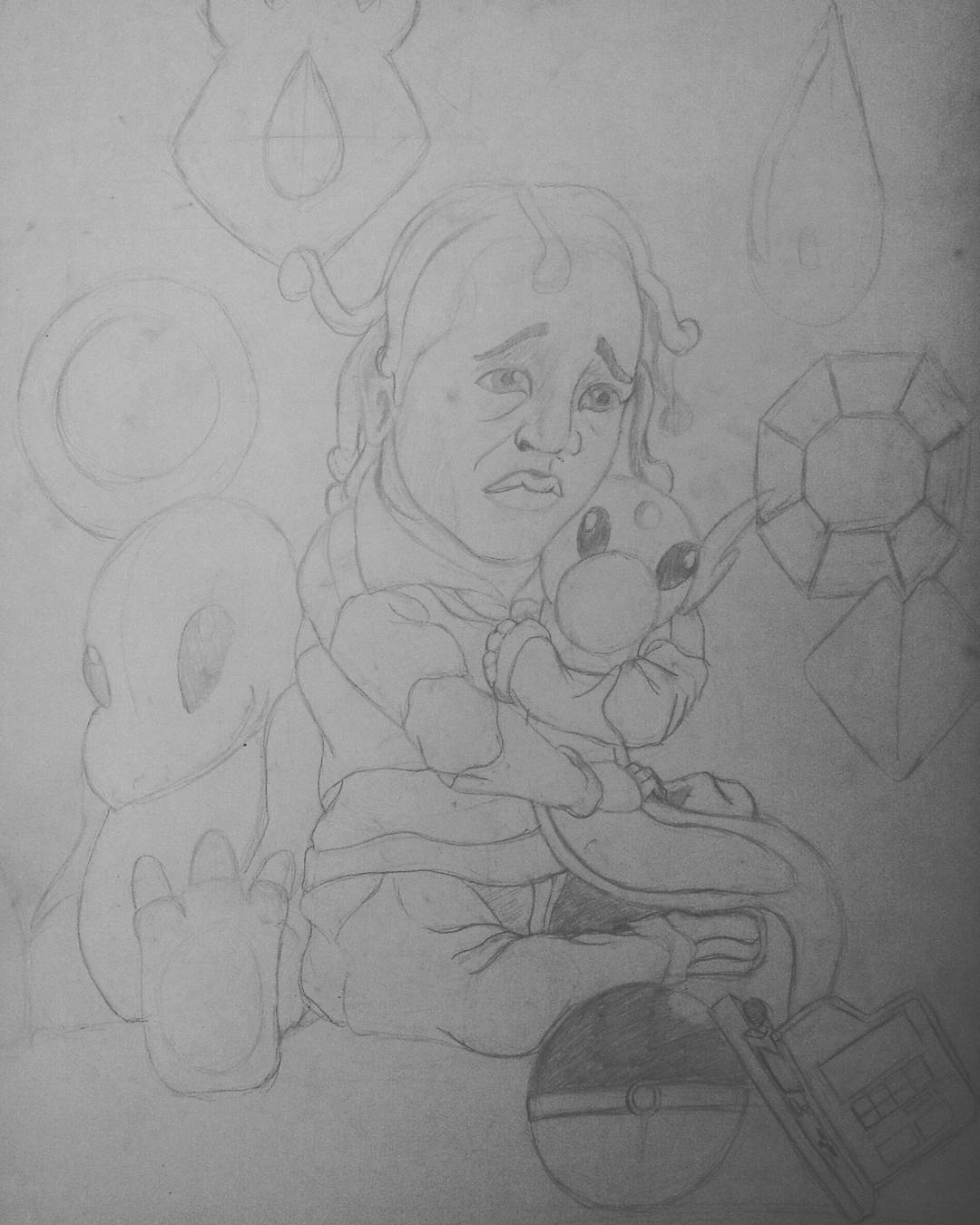 I reached into the folder of forgotten illustrations to work on something. After an hour or so of work, I go to take a WIP pic and guess what happens? The drawing falls backward onto the wet grass with my drawing board on top of it and bending the drawing in half. ITs a little better now, but I'll try to finish the others before I get back on it. Alone like another self-portrait that dealt with how I felt more through my teenage years. 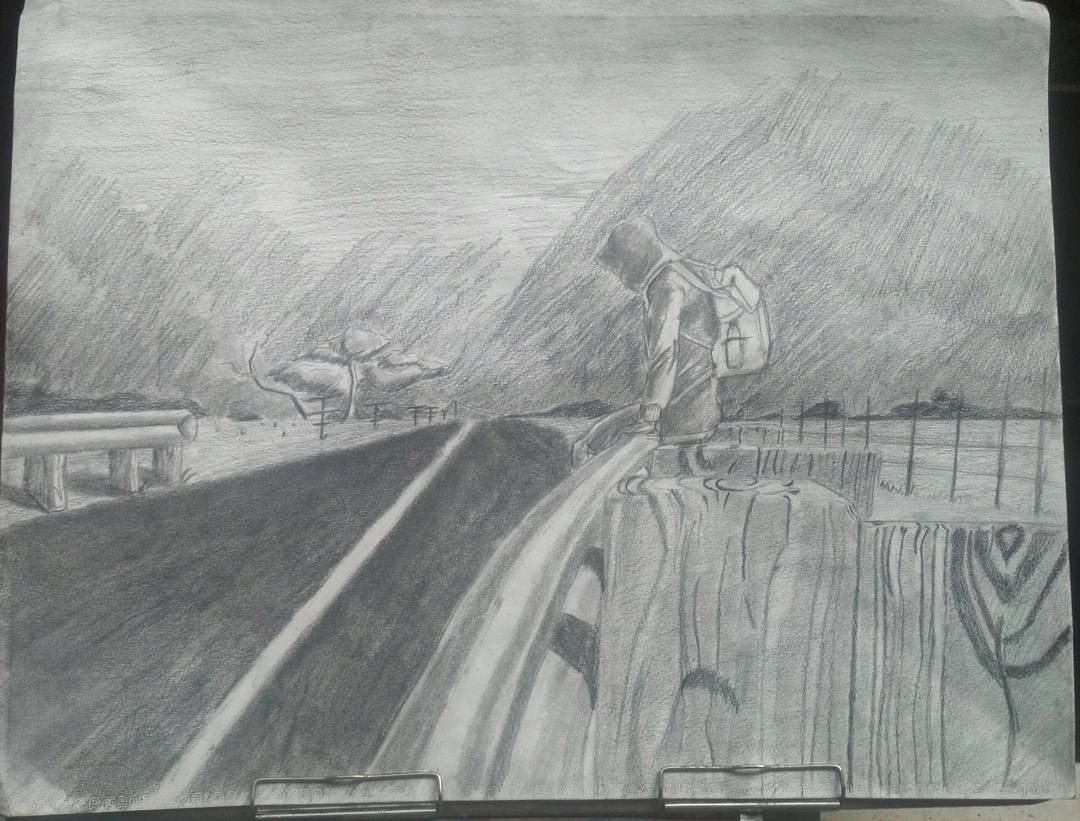