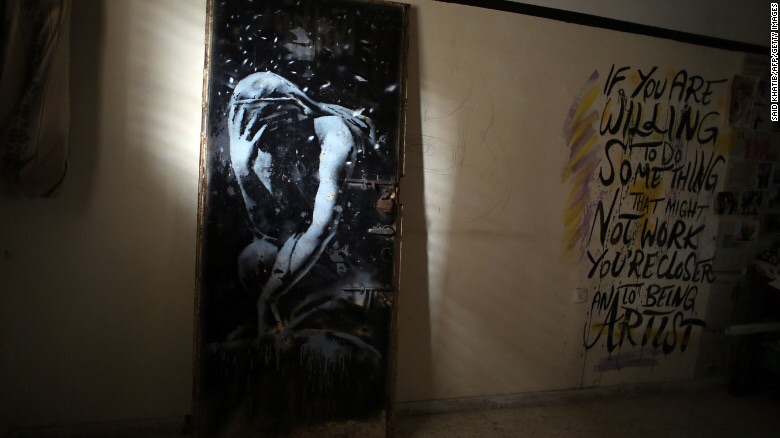 A mural of a weeping woman, painted by the British street artist Banksy, is seen in Khan Yunis, Gaza, on Wednesday, April 1. The mural was painted on a door of a house destroyed last summer during the fighting between Israel and Hamas. The owner of the house said he was tricked into selling the door for the equivalent of $175, not realizing the painting was by the famously anonymous artist.