A silo for big ideas - WIP 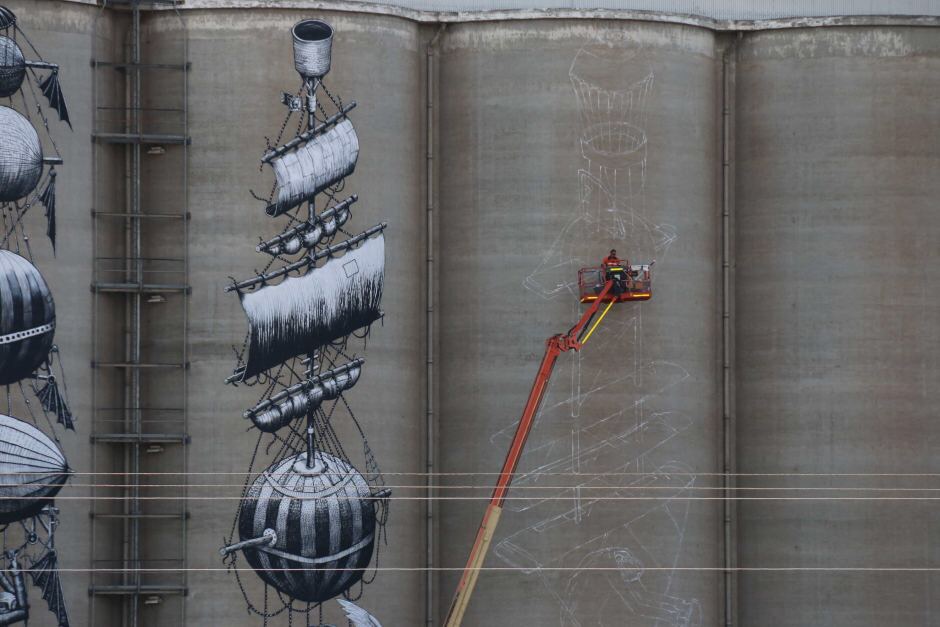 One of Western Australia's premier grain growing regions has witnessed giant murals sprouting on the sides of grain silos as part of an international art collaboration.

Northam is a small country town about an hour's drive east of Perth, in WA's Wheatbelt, and an unlikely hub for an art explosion.

The state's grain handler, CBH, partnered with art and cultural organisation FORM to bring in international artists to paint eight grain silos in the area. The silos stand about 36 metres tall and each one has a diameter of about 11 metres.The size has not deterred US artist Alex Brewer, aka "Hense", or UK artist Phlegm. The pair have temporarily moved to Northam while they complete the project. Hense said it was probably the second-biggest piece he had done. His artwork involves big, bright, bold and playful areas of colour. "A lot of what inspires me is the context and the architecture and the setting," he said.

Originally FORM had wanted him to paint in Perth, but then the opportunity arose for him to work on the silos.
"That was way more inspiring to me than doing something in the city," he said. "Once I saw the structure it was really exciting as well, I've never done silos." Phlegm's work is inspired by hot air ballooning, something the Avon area is famous for. He uses a paintbrush on a pole to sketch the outline of a work, before going over it and colouring it in, then adding intricate detail at the end.

CBH manager of grower value Gavin Bignell said it had been an exciting time for employees at the silos, on the outskirts of Northam. "It's part of a wider community investment program we have at CBH, it's all about bringing experiences and opportunities to the Wheatbelt that otherwise mightn't be available to people in these communities," he said.

The art rage does not stop there with more pieces having been commissioned. Since the silo project was started, FORM has been inundated with more than 200 suggestions for other big public artworks throughout the Wheatbelt. Their long-term goal is to create an "art trail", where people from the city could take a day's drive to various towns in the Wheatbelt and see some internationally-renowned artists' works. 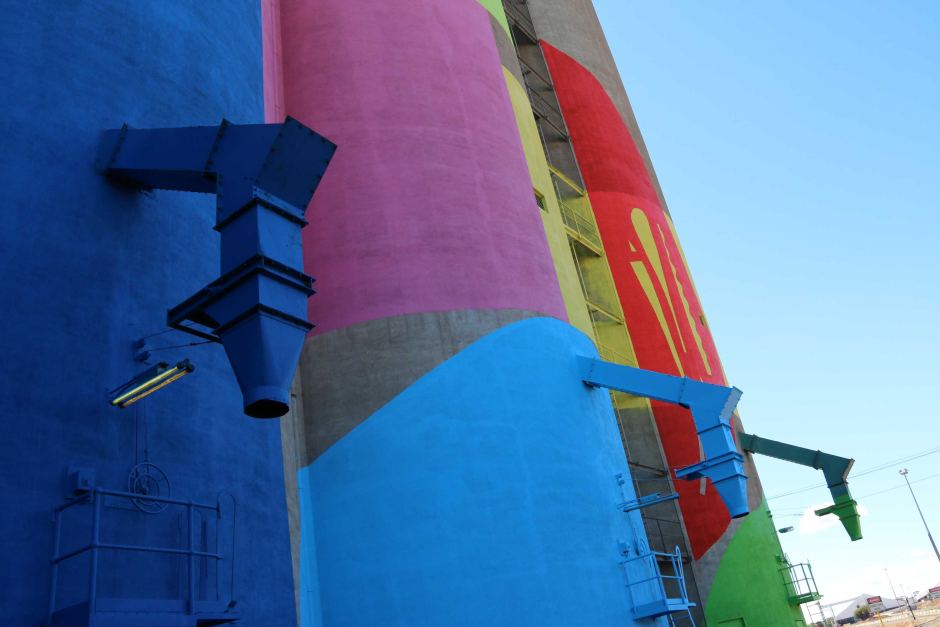