Here is another addition to my "Scarlet Fringe" series, which is basically a series of paintings showing maiko (apprentice geisha) viewed from behind. I painted it in one sitting "alla prima" based on several photos I took. The seasons are very important in Japanese culture and a maiko's kimono changes based on the time of year or if there is a special event. Here we see Maiko Tomitae from the Gion Higashi district in Kyoto in a Haru (Spring) themed kimono. I saw her perform in April 2014 in Kyoto. The nape of a maiko's neck is painted white except for a V section which is said to resemble a serpent's tongue and is traditionally left unpainted to accentuate the eroticism associated with a Japanese woman's neck. 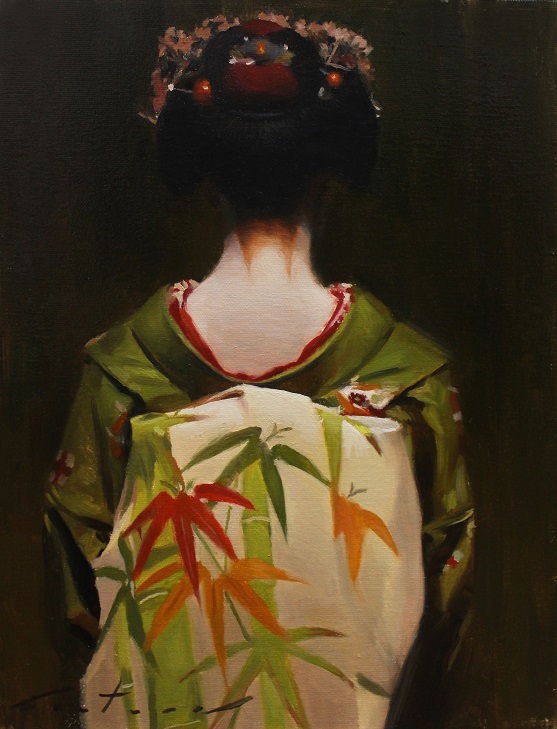