A Challenge. How do you make a composition?

KingstonFineArt -
September 17 edited September 17 in Painting
Explain you process from initial conception to acceptance.
At what stage do you start painting?
For example:
A few years ago I painted this still life of a fishing lure.
the story from my blog: https://jimkingston.com/wetpaint/2019/4/12/jitterbug-straight-up 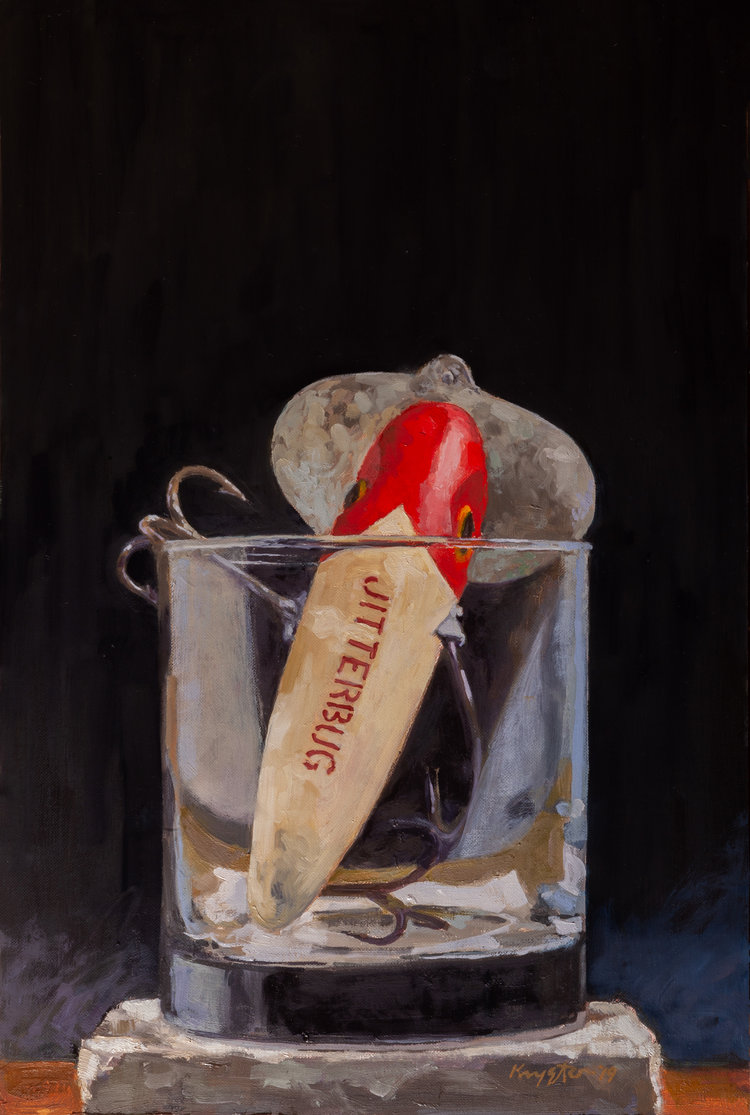 Sketches were done in procreate. Note how I started with the tangents of the rectangle as focal point indicators. 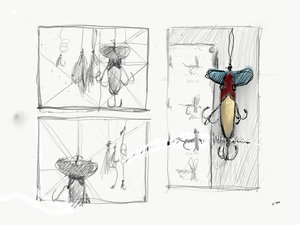 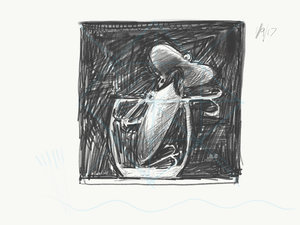 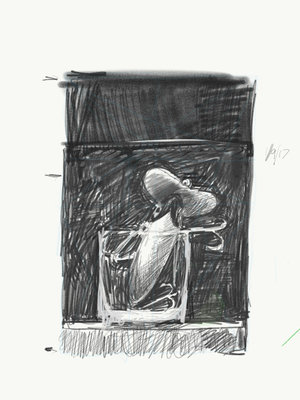 Sketches in procreate.
Every painting starts from a different place. Sometimes abstract shapes. Other times photo swipe.
I started this idea of making a Trompe-l'œil with some of my printings with live objects. It evolved into a simple lure in a glass. I had no idea of proportions. I went to the store and got 4 rocks glasses each a little different. The composition defined. Not detailed but defined.
I've been making up pictures in my head for more than 50 years. Every painting I do uses this manner of thinking. Even if a photo is the source to some degree.
The challenge.
Outline your process of composition along with some visuals.
Remember there's more than one way to skin a tube of paint. 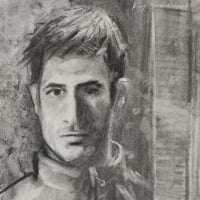