The proportional divider at work

KingstonFineArt -
July 15 in Painting
Here' is a YouTube video that show the use of the proportional divider.
I make my own from 8" to 3'.

This is a pretty good video on getting the head proportions. 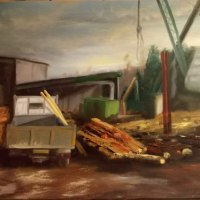