Professional photo of painting for competition

Abstraction -
March 8 in General Discussion
I paid aud85 for an art studio photo of my seascape to enter it into a competition. The painting itself is not submitted, you only send a high quality image that can only be adjusted for value/ colour and they judge based on that image.
The photo they took came with a 'test' printed photo which looked too dark. I then noticed the digital image looked too dark also. When I put the 600mb tif image into photoshop I found I needed to adjust curves to match painting.
But more importantly I found the darks have foggy patches on them that do not appear on the original painting. To my mind this means that the entire painting will have less visible foggy patches affecting it. I found my wife's face which has an important crisp contrast instead has a foggy edge.
In response they've offered to either retake the photo or adjust the image. They provided a sample of a section of the painting below where they adjusted up to the arrow. "Attached is an edit of your existing file that you have, I have attempted to increase the brightness while retaining and enhancing the areas requiring addition contrast. On the left of the edit line is the unedited file, and on the right is the proposed edit." It's better, but it isn't perfect. I'm guessing they prefer to adjust than retake. Either way, I think they need the painting there to match it. I assure you, those darks in the original painting are clean. 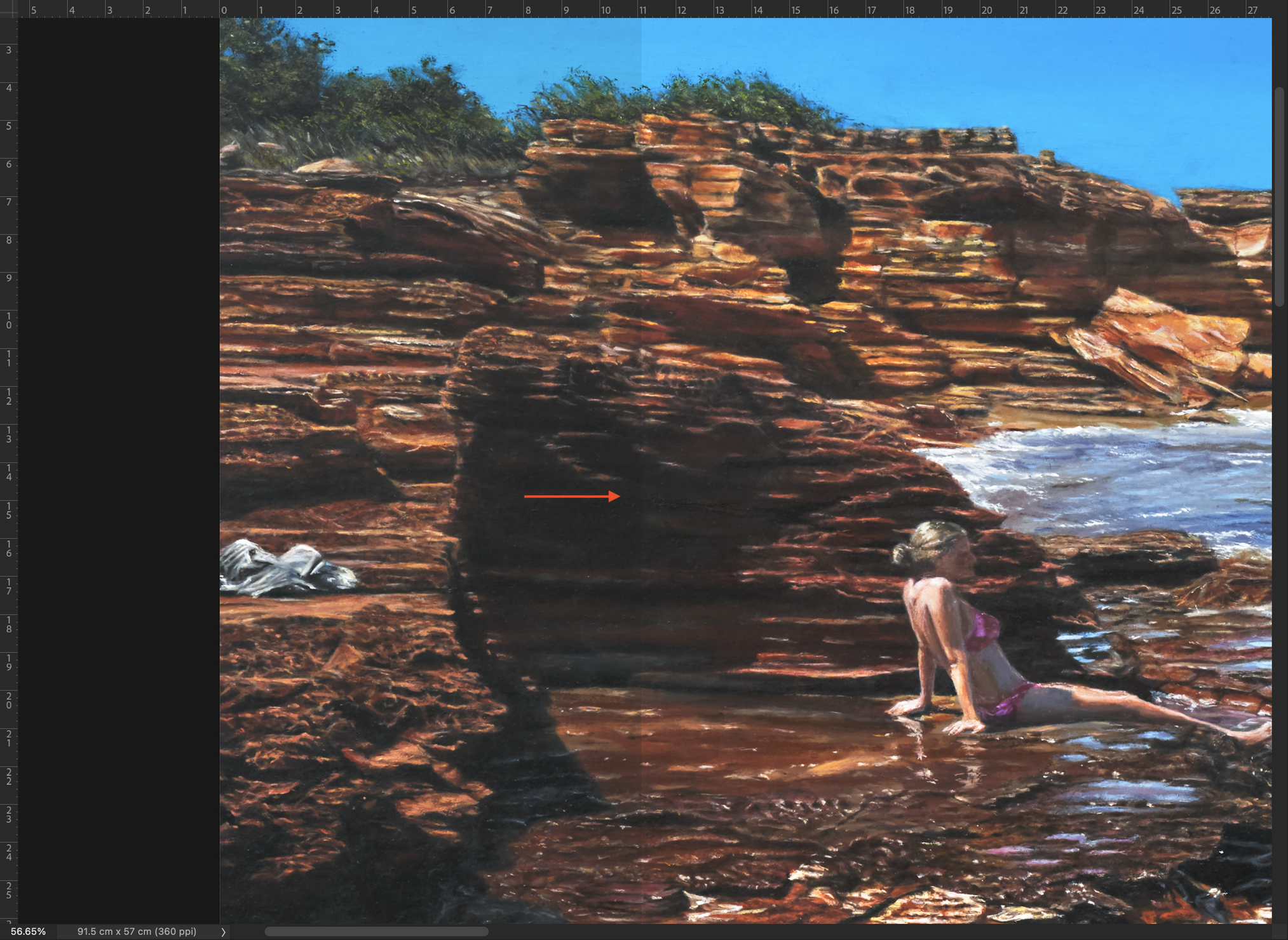 To my mind the ghosting meant light coming in from sides or reflecting off something. Mark is clear in his guidance on taking photos that you need dark around the painting to take a photo and reduce glare.
What would you do? What do you think is reasonable? Would you insist on retake? Or just simply define the outcome and allow them to choose the best solution? Am I expecting too much at fine detail level?