My first oil painting from the Full Course 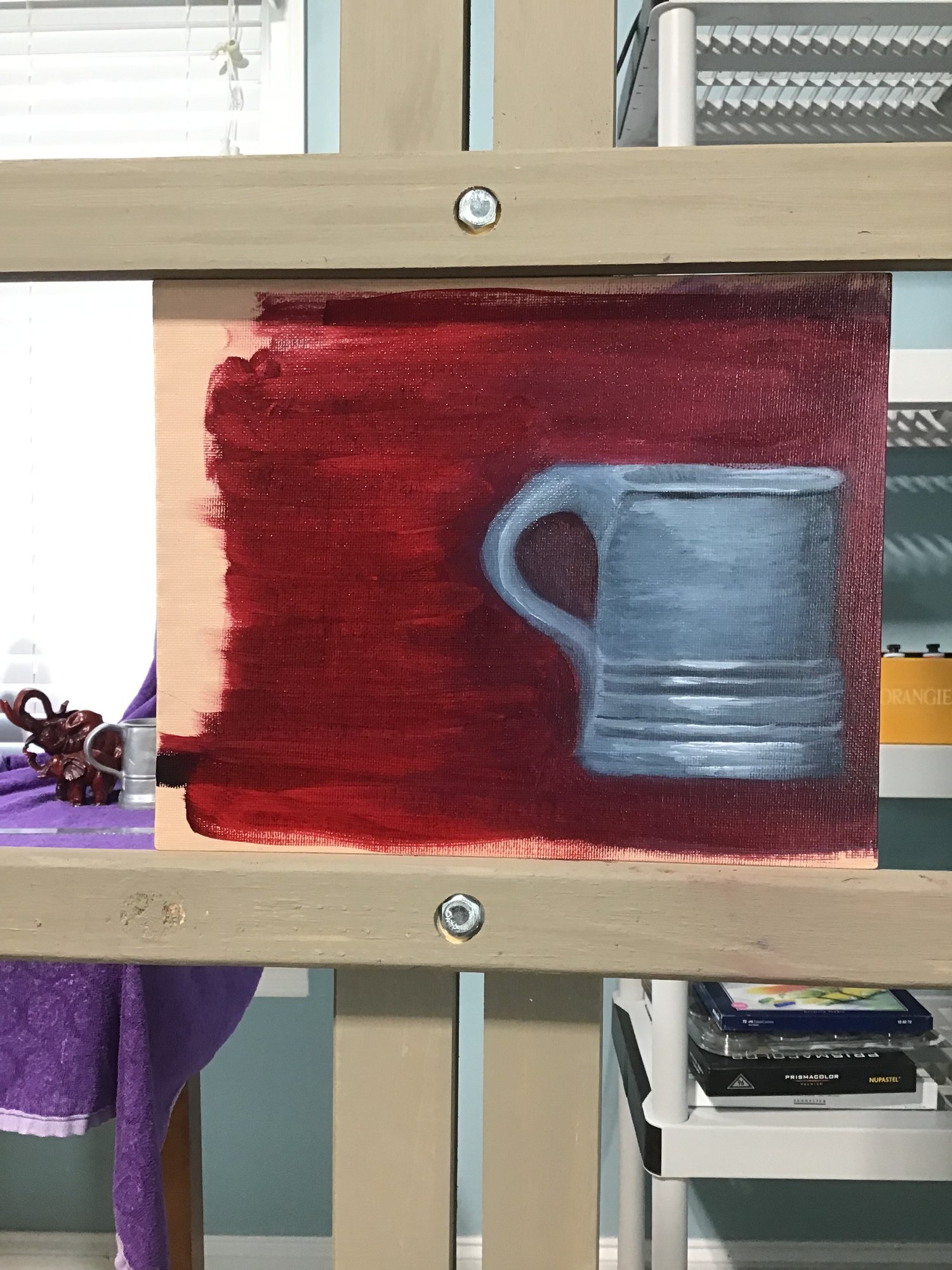 Here is my cup.

Not sure what to think about it. Glad it looks like a cup, but not so much of the subject.
Coming up with the steps was okay, but the colors much more difficult. Perhaps due to not enough difference for a beginner. I ended up feeling like I gave up and continued painting so that at least it ended up looking like a cup. Drawing, my weak point, was not as easy with the proportional dividers as it first appears. Reviewing the lesson and reading about it on this forum helped.

Oil painting has a whole level of learning that is going to take some time.