Abstraction -
August 2021 edited August 2021 in Color Mixing
My only white is titanium, and I don't touch zinc based on the research of its conservation issues.  But I'm curious about having a warmer and/or more transparent alternative for a couple of reasons:
I only want an artist / professional* quality paint. I would consider TWO paints to achieve both the transparency and warmth in different situations. I notice that Langridge have a Tinting White (Synthetic Baryte / Titanium Dioxide) which is transparent. I've also noticed some warm whites and unbleached titanium.
What has been your experience with whites that deal with the three issues I've listed above?
I'm loath to include lead white in my palette since its toxicity is a bad match for my carelessness, although I may consider it. I do have cadmiums, after all.
(* An aside. I notice Alex Tzavaras divides paints into student/ Mid-range (artist grade)/ professional grade. I've not seen that before.) Source:
You tube - Simplify Drawing & Painting: Oil paints - what colours and brands should you use. 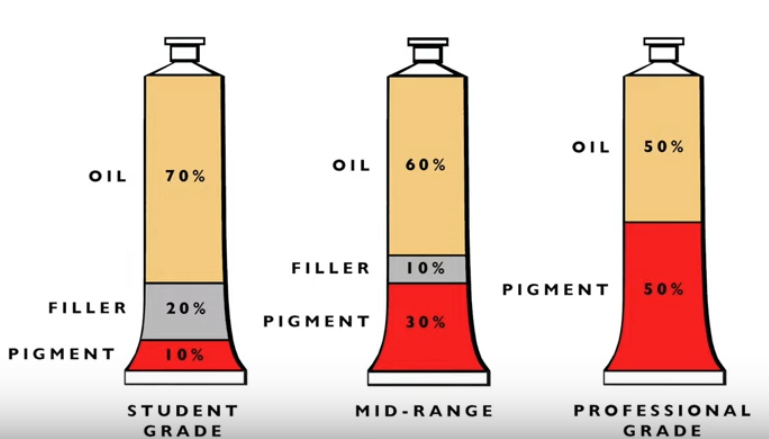