Thoughts on these photos from The Mountain.

tassieguy -
July 2021 edited July 2021 in Photography & Printmaking
As regulars here are probably aware by now, I'm doing a series on The Mountain here in Hobart. I've got six paintings I'm satisfied with so far but they are mostly close ups of rocks and vegetation so I want to do something with a bit more distance. Do folks think any of these three photos might be good reference material. I haven't done anything with them in the image editor yet except a bit of cropping. I'd be very happy to get people's thoughts and suggestions on them. I've had to reduce their sizes drastically so the site would accept them but they give a general idea. These were taken in summer. It's all snow covered now and I want to go back up there to get more material with snow but the road is closed because of the snow. While waiting for it to be cleared I'm exploring the possibilities of these photos that I took in summer.

1. Track Down to The Springs Carpark 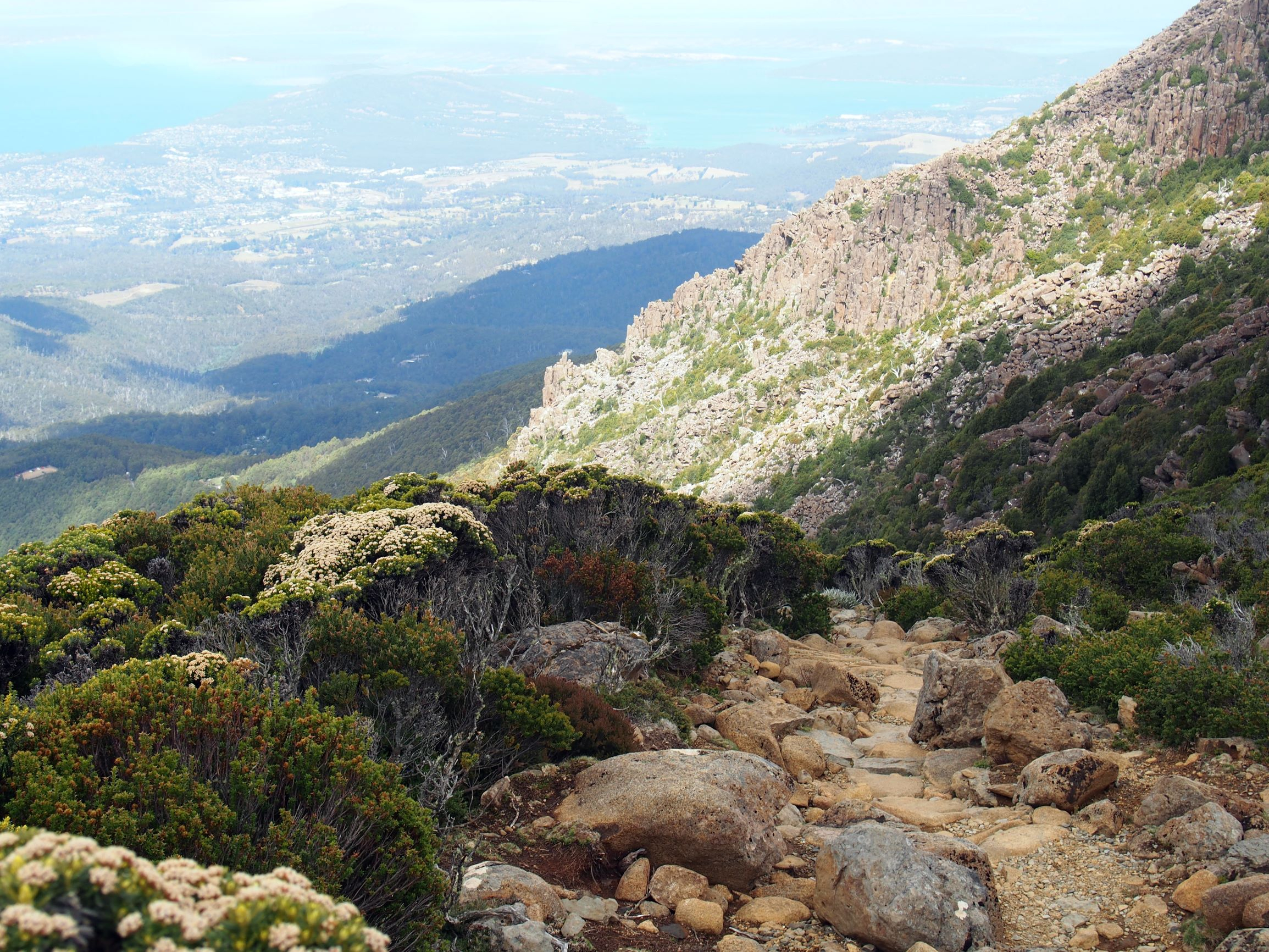 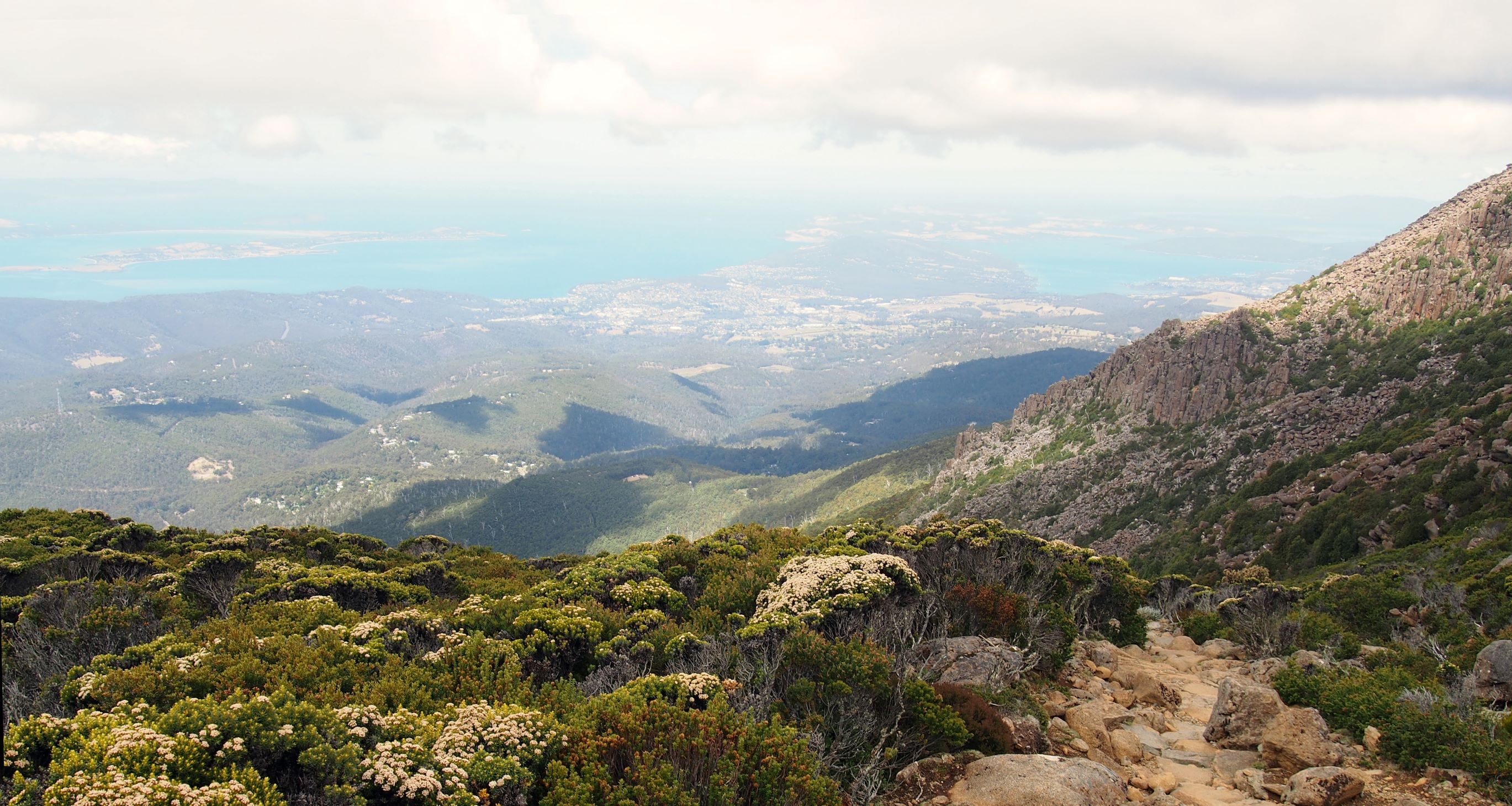 3. South Summit with The Channel in the distance. 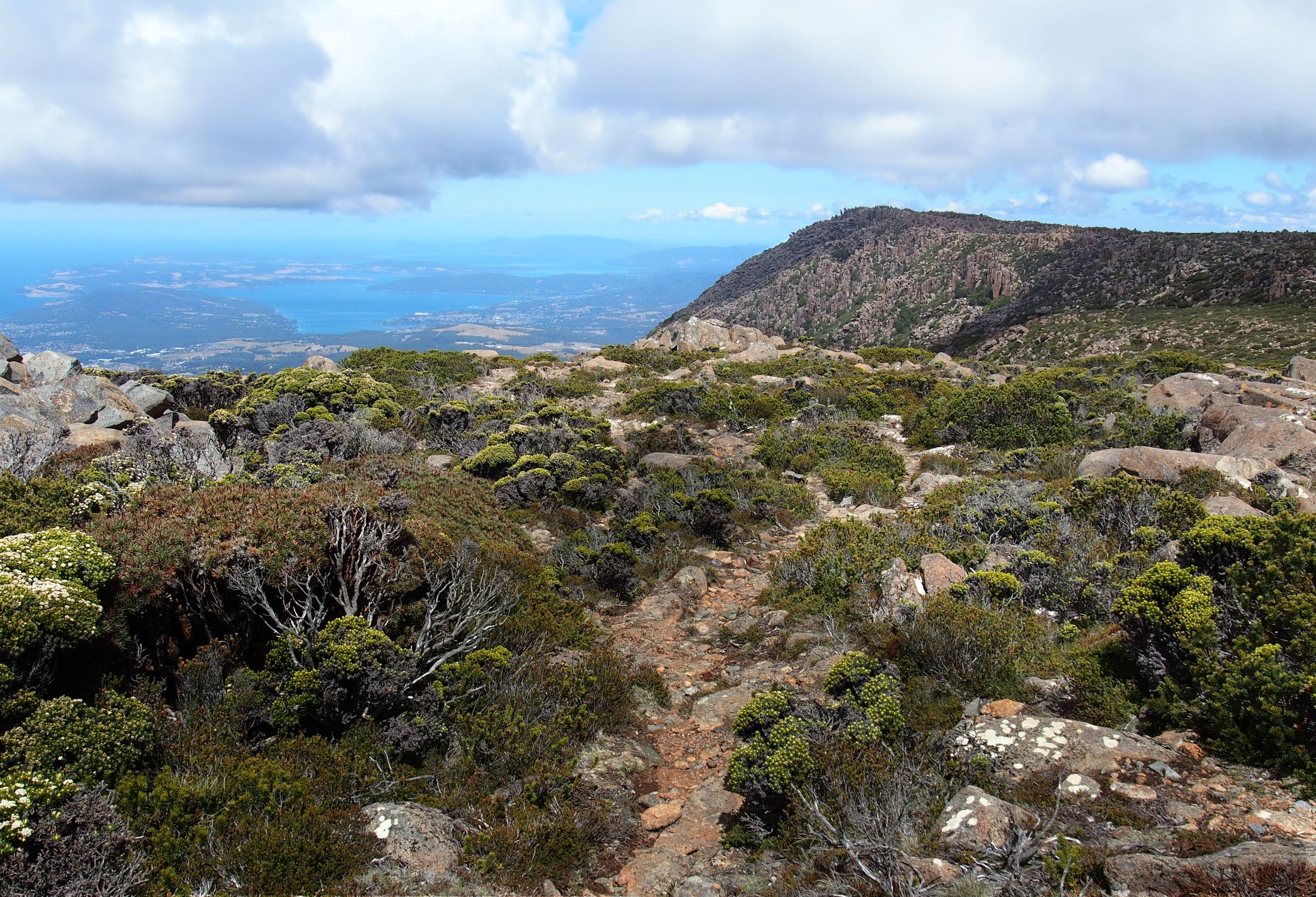 The first one I like because of the drama of the light on the rocky ridge in the middle distance against the blue shadows of the clouds on the forest down below. And I like the way the track drops down towards the center of the picture. But I'm not sure about the composition. I might have to move things around a bit. Thoughts?

I like the horizontal format of the second one with the clouds hanging low overhead and the way the blue cloud shadows fall across the hills below. But, again, would value input re the composition. I worry it might be a bit boring.

The third one I feel the least sure about. I like the sky but I think I'll probably need to crop and/or darken the foreground because there's a lot of detail there that detracts from the stuff in the distance which I like.

I'd really value any input folks here could give on these three photos.

I've already started a study for first one using the photo on my tablet as as reference (@Roxy's idea of magnets works great in holding the tablet to the canvas) but it's early days and changes are still possible so if you have any suggestions I'd love to hear them.