David Kassan has developed a ‘parallel palette’. He describes his motivation and the advantages.

The concept for this palette was born out of sheer pragmatism.

While I was a student at the Art Students League, I developed repetitive stress disorder in my lower back as a result of regularly rotating from my canvas to my palette, which was either in front of me, or off to my side.  One day it hit me; wouldn’t it be much easier on my back if my palette was right next to what I was painting? After half a dozen experimental designs, I came up with the idea for the ParallelPalette.

Once I had perfected the set up and slim design of the palette, I soon found that I was a much better painter. I quickly discovered all of the amazing benefits of having my palette upright, next to my painting. This set-up allowed me to have the exact same light on my painting as on my palette- a huge advantage. My paint mixtures were now much more accurate since the lighting environments were consistent. Painting from life relies heavily on short term memory- the intervals between observing a subject and getting the information down on the canvas is cut down significantly with a more efficient set-up.  With the vertical palette, I found that I could quickly shift focus from the model back to the canvas with minimal time lost and far less motion required.  Another great feature of the palette is that it’s totally hands free. With a dozen brushes, paper towels and everything else I juggle while I paint, it’s nice to not worry about spilling a hand held easel on the studio floor!

With the time saving (and back saving) benefits of having a vertical palette, I now realize that the lower back pain I suffered as a student was actually a blessing in disguise.

also for the most part the paint does stay on the palette. 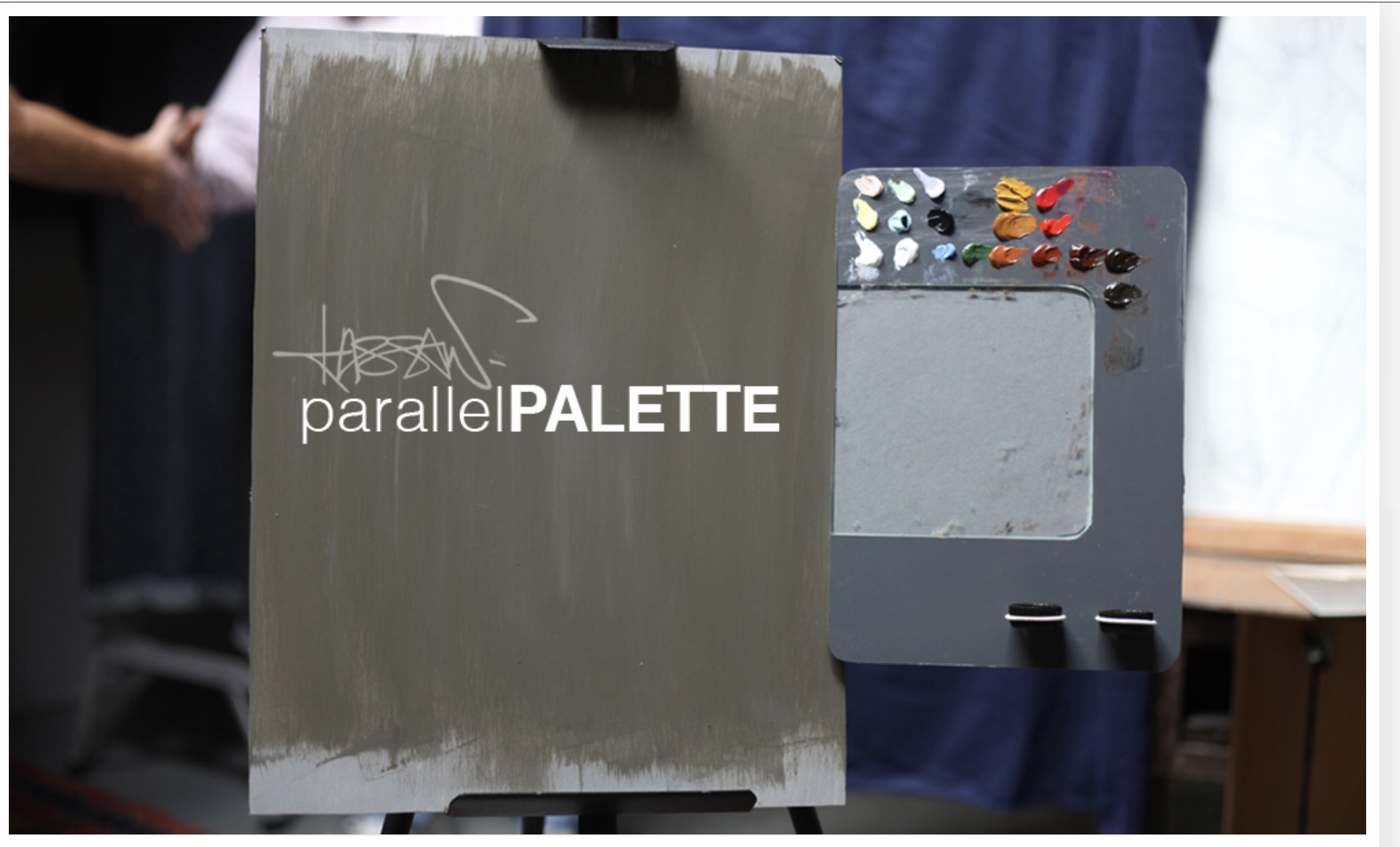 I have tried similar vertical palettes but viscosity is an issue, a drip tray is important.
‘The light equality from palette to canvas is worth pursuing.

Here is the link to David Kassan’s blog. http://parallelpalette.blogspot.com/
Denis 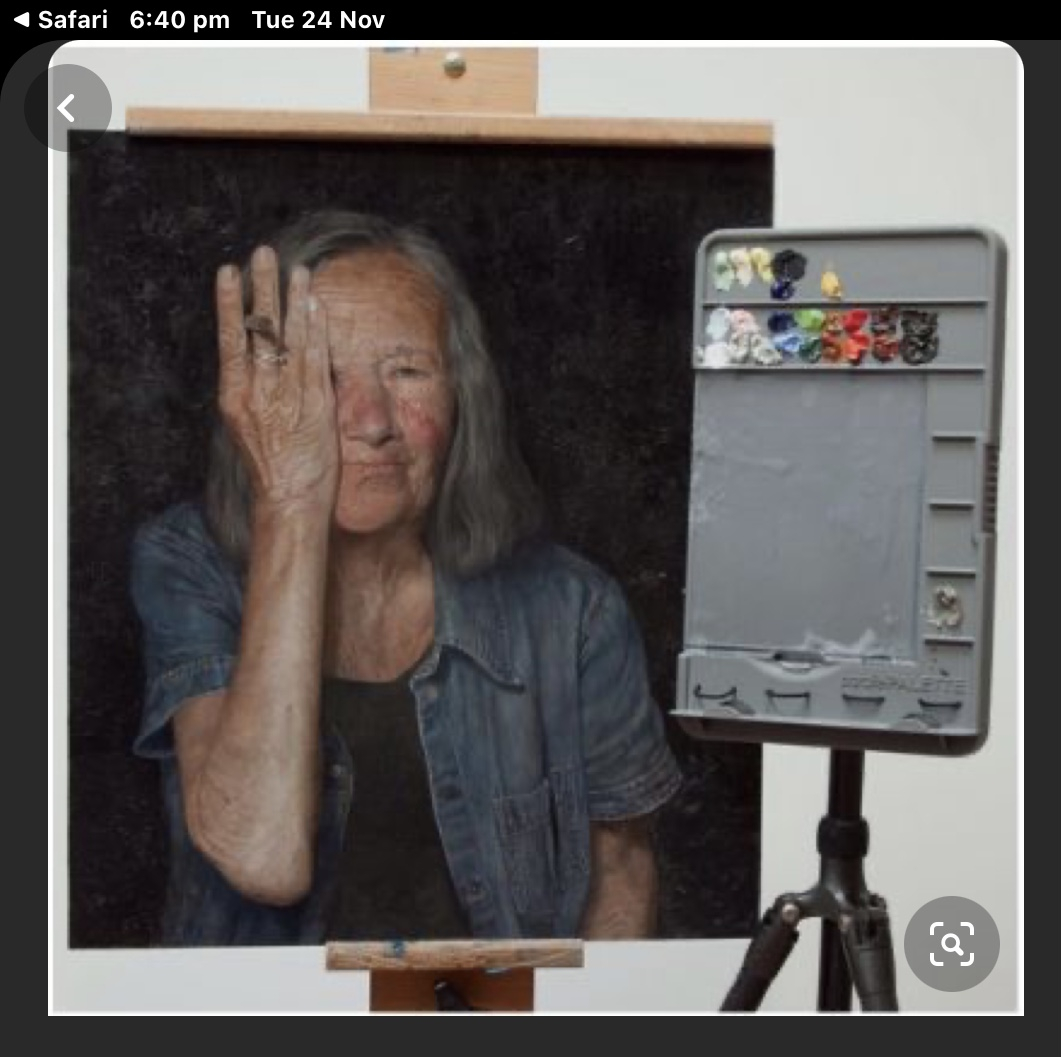 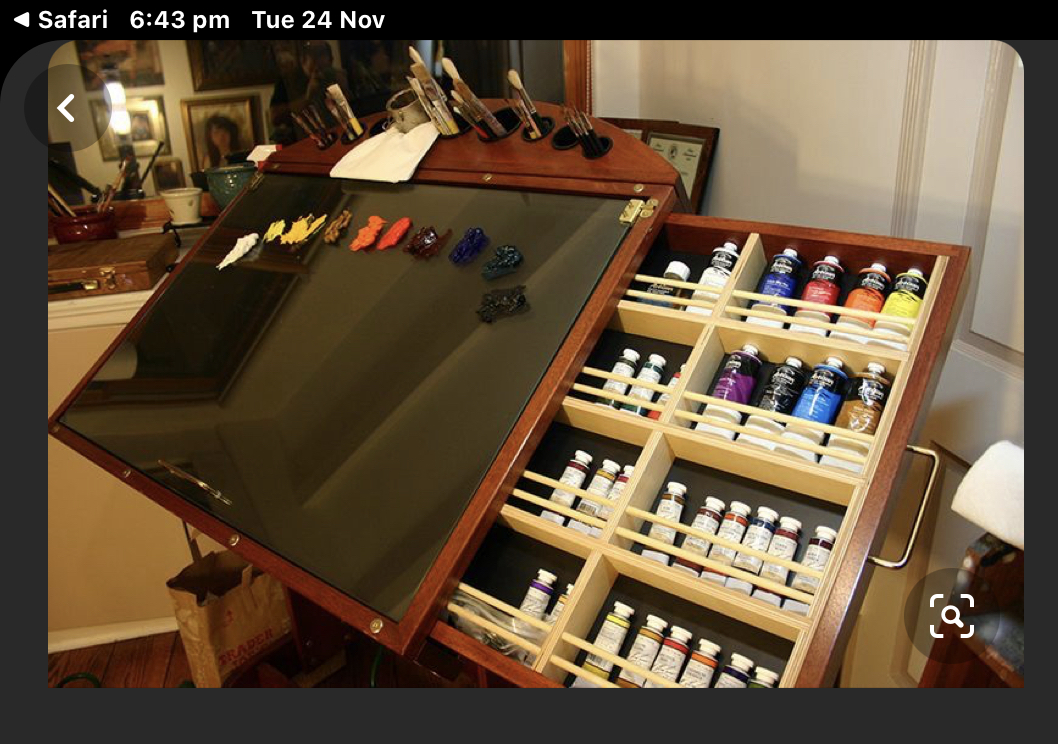 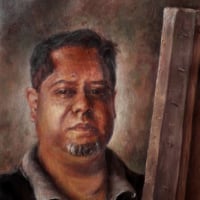