Have No Place to Work, Please Help 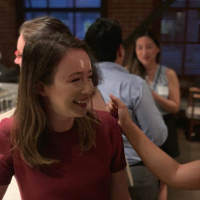 mhqoil -
May 7 in Studio & Supplies
There's nowhere to paint indoors  - shared living space - so I'm thinking of sitting outside during summer and then working in a shed in winter.

What easel should I get? It needs to be extremely portable, as I will have to put it away after each use. Should I get a Plein Air one or one like the man in the link below? Should I sit on the ground or a bench? Does anyone have a recommendation for an easel for  both sitting and then later standing in a shed? Any other suggestions for minimalist supplies/storage?

Wish I had a better situation but am currently saving money and this is the best I can do. Eager to plan it all out. Thanks for your help!